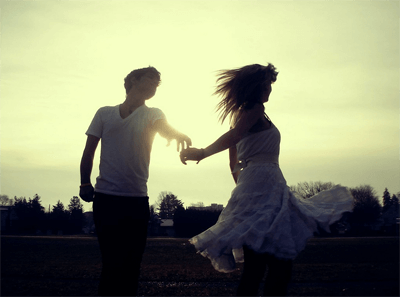 It’s widely accepted that control is an illusion. We have no control over the world around us or even over our own lives in some regards—anything could happen at any moment, and we’re powerless to control those forces of nature. When it comes to relationships, however, why is it control that we seek?

It’s become ever clearer over time that people are going to do whatever they’re going to do. You cannot control other people. Let’s say that again for the cheap seats in the back: you cannot control other people. If somebody is going to cheat or lie or hurt you, there’s nothing you can do to stop it. This may make people feel uneasy, this lack of ability to control your world, but it’s really a rather freeing concept.

Once we relinquish this need to corral others and their actions, we’re free to observe and support others. He’s going to cheat if he’s going to cheat. She’s going to lie if she’s going to lie. There is nothing we can do to stop it. And, often, we can create self-fulfilling prophesies in this way—we can actually push things into being. Trying to control other people is an exercise in futility. While we feel protective over our mates and a little jealousy is not only normal, but healthy even, when we take those feelings too far, we end up alienating our partners and driving a wedge between us that’s based on an assumption of mistrust.

Letting go can be scary, but it’s necessary for a relationship to thrive. If you find your partner attractive, it stands to reason that you won’t be the only one. Instead of letting jealousy rear its ugly head, why not be proud of your partner? It’s a matter of respecting somebody else enough to respect their integrity. Let go of that need to control and, as they say, que sera sera! If they prove you wrong, well then that’s life, but until then, don’t we all deserve the benefit of the doubt?